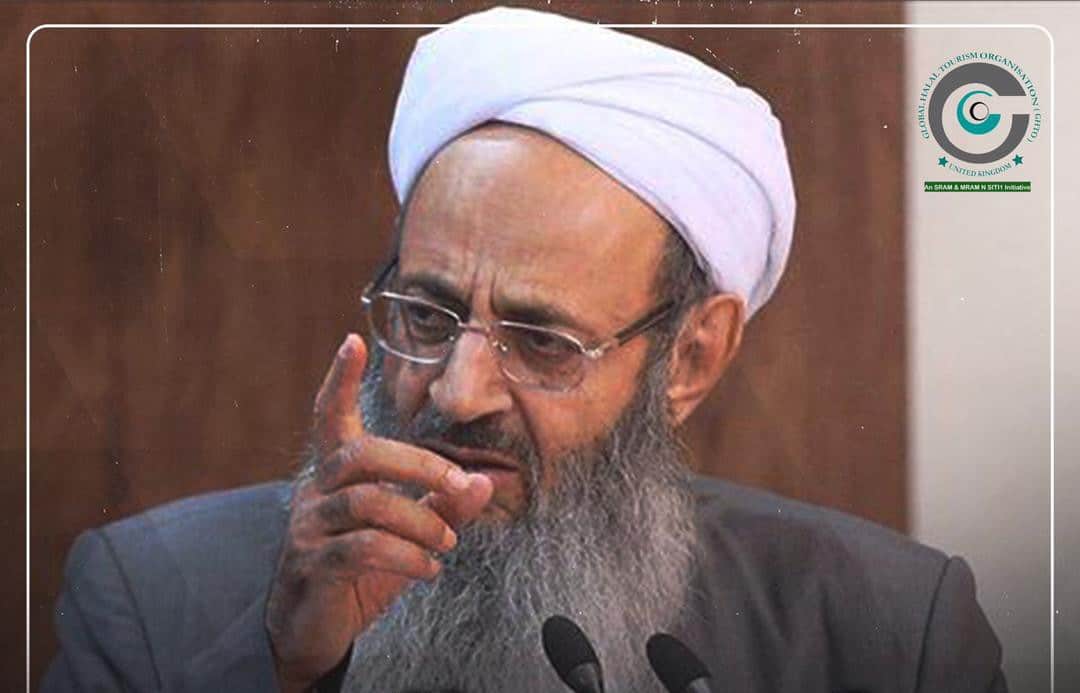 Breaking News: Molavi Abdul Hamid, one of the greatest men and prominent Sunni scholars and congregational Imam of the Sunni in Zahedan, became a member of the Supreme Council of the Global Halal Tourism Organization (GHTO).

Molavi Abdul Hamid, one of the greatest men and prominent Sunni scholars and congregational Imam of the Sunni in Zahedan, became a member of the Supreme Council of the Global Halal Tourism Organization (GHTO).
The Global Halal Tourism Organization (GHTO) is a leading organization in the world that provides international standards and certification for services, products and goods based on the four principles of quality, health, legit and originality and by using innovative methods, It has brought assurance of health and tranquility to the people of the 21st century. In 2019, GHTO, in collaboration with the SITI1 International Organization and foreign partners as an organization, is the only halal certification issuer in the world ,with an independent, non-governmental and exclusive identity. The organization is an affiliate member of the World Tourism Organization (UNWTO) and has an international registration number 1305212 at the International Intellectual Property Organization (WIPO) in Geneva, Switzerland. Manufacturers of products and service providers, by receiving the exclusive license of halal tourism, under the flag of this organization, reach a common point to have a global brand and offer a different experience of tourism. The idea of creating and innovating special international tourism and creating a single global halal market, is the initiative of this organization, which has been able to use the appropriate executive and scientific processes in the production of goods and services in the halal market to meet the challenges in the tourism industry by bring the the sense of trust, confidence and equality to all tourists, it also raises their morale.
The Supreme Council (GHTO) is consists of :connoisseur experts, ministers of tourism, presidents of international universities, elites and industrialists, researchers and religious scholars, who have the highest position in policy-making and decision making in this organization.
The Global Halal Tourism Organization (GHTO) is the exclusive authority for issuance and supervision of halal tourism licenses in the world. Offering experimental and research-oriented training courses in the field of tourism management in 22 fields, with an international certificate ,which approved by the International Union of Presidents of Universities (IAUP) and Caucasus University of Georgia, is one of the outstanding actions of this organization. In addition, the preparation and implementation of short-term and long-term training courses in the form of: virtual, attendance and customized, according to the demands of the members of the organization, is possible.

Online opening of Fars province office in the south of the country, the SITI1...

Signing of a Memorandum between the Engineering System Organization and the...
Scroll to top